Dubai [UAE], November 25 (ANI/PRNewswire): On December 31, 2022, one of the world's most recognisable landmarks, Burj Khalifa by Emaar, will be illuminated by a spectacular laser and firework show for Emaar New Year's Eve celebrations - turning the iconic tower into a shining beacon of hope, happiness and harmony for 2023.
Emaar, one of the world's most respected integrated real estate development companies, is proud to unveil a breathtaking laser, light and firework show in Downtown Dubai to ring in the year 2023.
According to a senior representative of the company, the Emaar New Year's Eve celebrations will feature a laser show that will astonish guests in Downtown Dubai as well as an estimated 1 billion viewers around the world. Burj Khalifa by Emaar and the Dubai night sky will be illuminated by numerous dazzling beams, establishing a new world record for the largest laser display. The 828-metre Burj Khalifa by Emaar will also be the captivating centrepiece of a state-of-the-art laser performance that will see light beams travel the longest distance ever recorded. 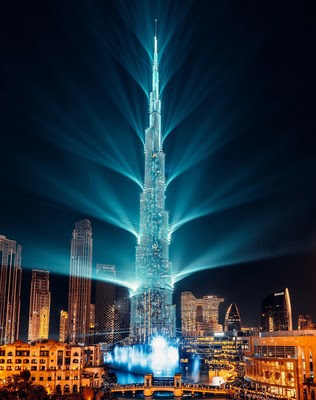 In addition to the cutting-edge light show at Burj Khalifa by Emaar, there will be a spectacular firework display above Dubai to welcome the new year. Since 2010, the renowned pyrotechnic display has been an integral part of the UAE's world-famous New Year's Eve celebrations, and 2022 will be no exception.
A mesmerising, synchronised performance by The Dubai Fountain at the base of Burj Khalifa by Emaar is certain to be a crowd-pleaser on what will be a magnificent evening in every aspect.
Emaar will release additional details about their spectacular Emaar New Year's Eve celebration closer to the event. 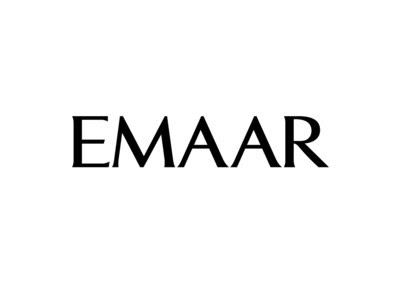 Emaar Properties PJSC, listed on the Dubai Financial Market, is a global property developer and provider of premium lifestyles, with a significant presence in the Middle East, North Africa and Asia. One of the world's largest real estate companies, Emaar has a land bank of 1.7 billion sq. ft. in the UAE and key international markets.
With a proven track-record in delivery, Emaar has delivered over 86,200 residential units in Dubai and other global markets since 2002. Emaar has strong recurring revenue-generating assets with over 1,300,000 square meters of leasing revenue-generating assets and 33 hotels and resorts with 7,470 rooms (includes owned as well as managed hotels). Today, 46 percent of Emaar's revenue is from its shopping malls & retail, hospitality & leisure and international subsidiaries.
Burj Khalifa, a global icon, The Dubai Mall, the world's most-visited retail and lifestyle destination, and The Dubai Fountain, the world's largest performing fountain, are among Emaar's trophy destinations.
Follow Emaar on: Facebook:
, Twitter:
, Instagram:
.
Video:

This story is provided by PRNewswire. ANI will not be responsible in any way for the content of this article. (ANI/PRNewswire)

Namibia to intensify fight against wildlife crime during festive season

Marathon kicks off in Libya's Tripoli